This summer I took a short film class.  I wanted my film to have some element of fantasy, and I decided to feature a mermaid.  My classmates told me I should buy one, but something about the available tails felt very inauthentic to me.

I know mermaids are officially mythical creatures.  But I wanted something that could be real.

In 2004 I saw The Last Dragon on the Discovery Channel.  It’s a fake documentary that supposed dragons really existed.  The filmmakers really dove into the science behind how a giant flying fire- breathing lizard could conceivably walk the Earth.  It was effing great.  I liked the part with the dragon sex.  Anyway, I took a similar evolution- based approach in planning my mermaid tail.

This led me to a thorough investigation of mermaid anatomy.  For my film, I wanted a “realistic” mermaid.  I didn’t want one of those crazy- looking silicone- and- neoprene mermaid tails in garish neon airbrush colors.   I didn’t have time to ice a bunch of silicone scales on a potato sack to make a tail.  I briefly flirted with making a wire frame and painting it with liquid latex, but then I got to thinking…

I didn’t think a fish the size of a human would have scales.

Turns out, the largest fish with scales is the arapaima.  It lives in the Amazon River. 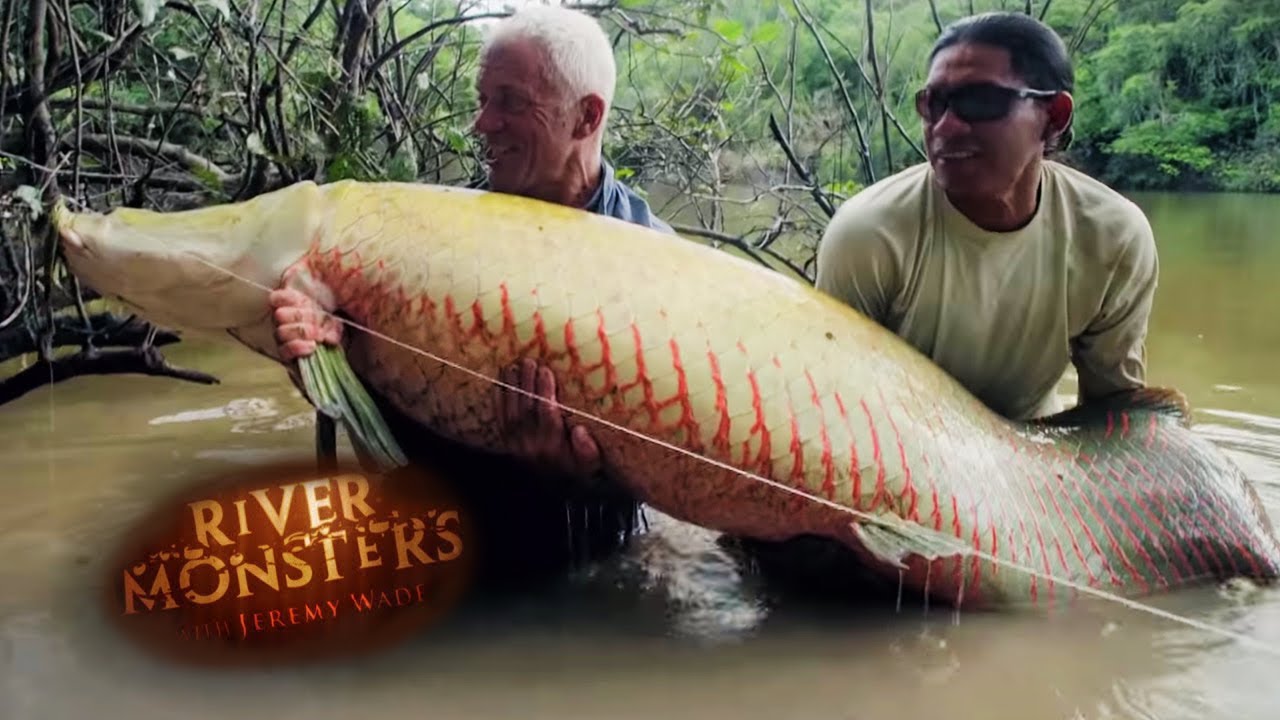 In the ocean, anything larger than a stingray typically has skin.  This makes sense.  Those pretty, flowy, silky tails you find on mermaids like this:

**UPDATE**:  I learned from one of my co- workers who is a leading shark expert that sharks actually do have scales, but they are very teeny tiny (like pores).

Really only exist on small fish that swim side- to- side like this: 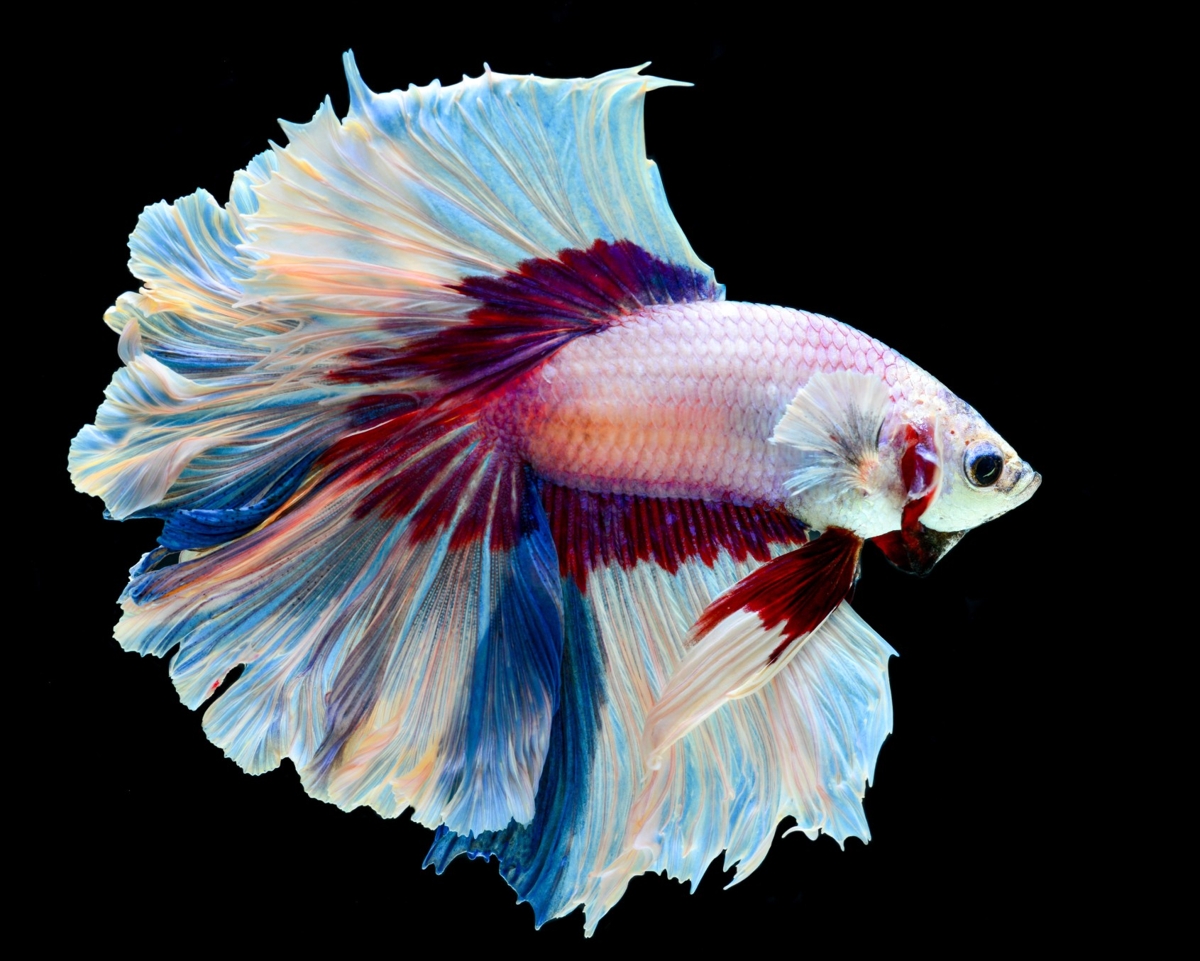 On an animal the size and weight of a human, even underwater where humans weigh less, it seems unlikely that a translucent tail would provide enough power to push water in a way the makes it possible for the mermaid to swim. And, like I said before, fish with these tails swim side- to- side.  We know from every movie ever and from strapping on tails ourselves that mermaids swim like this:

Up- and- down swimming just makes the most sense with human upper body anatomy.  Our eyes are parallel to our shoulders.  We gotta see while we swim.

On a real fish, bones, spines and skin make up a tail.  A fish skeleton looks like this: 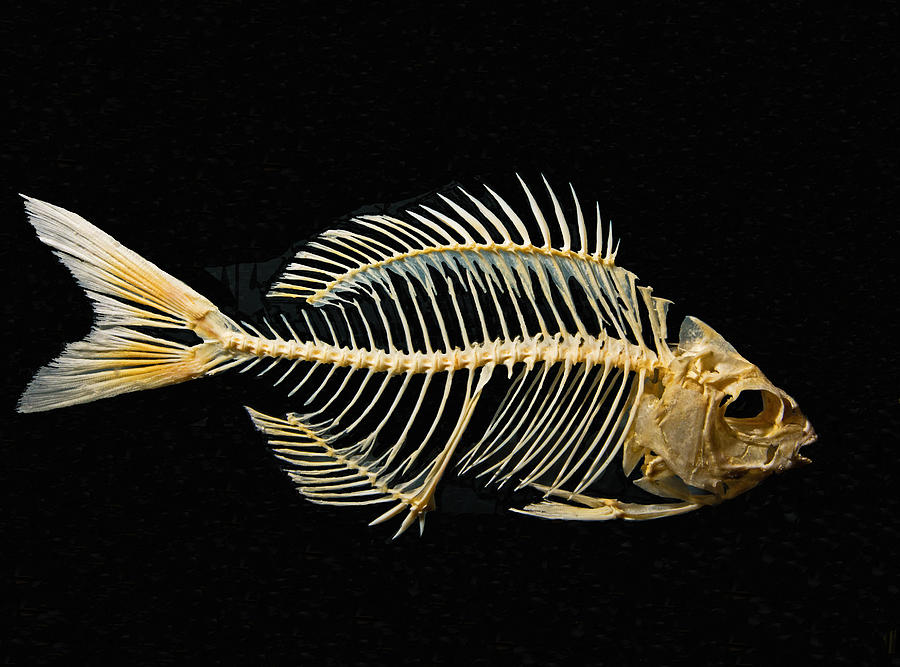 Many people creating swimmable tails just make the bones really really big.  In my research, I learned most swimmable tails contain some sort of plastic or plexiglass, making the tail a big flipper that easily allows the wearer to swim.  Artists usually paint bone or webbing onto the flipper base to make the tail seem more fishlike.  Even my favorite mermaids, Madison from Splash! and Aqua from Aquamarine, have fish- style tails.

Why do artists, special effects supervisors, animators and mermaid enthusiasts opt for these kind of tails?  Two reasons: First, they’re pretty.  Fish tails provide endless opportunities for variation.  They come in lots of pretty colors.  They clearly read: fish.  Second, a thin membrane shows the motion of water better than a rigid flipper.  I suspect this is why filmmakers also give mermaids long hair:  long hair shows the properties of water, something difficult to capture in two dimensions.

So I totally get the fish tail craze.  In making my movie, I had one two big advantages:  no one had to swim in my tail, and I only show one side.  So I took this opportunity to do something a little different.

Mermaid legends came from sailors mistaking manatees for mermaids, so I figured human- sized sea creatures were a good place to start.  This led me to two of the ocean’s most popular inhabitants:  dolphins and sharks.

Dolphins and sharks have similar sizes but several key anatomical differences.  Sharks are fish:  they breathe with gills.  But unlike fish, which have light, hollow bones, sharks have no bones.  Their skeletons are comprised entirely of cartilage.  Shark “skeletons” decompose quickly.  Shark skeletons you see on display in museums are usually plaster casts.

Cartilage is flexible, durable, and heals quickly.  It seems like a pretty sweet substance.  This led me to wonder:  why aren’t humans made of cartilage?

The short answer?  Gravity.  We need heavier skeletons to live on land.  Bummer.

I also noticed shark tails are often longer on the top, and shorter on the bottom.  I like this asymmetrical design, so I thought about going with a shark tail for a while.  But then a realized a shark has this type of pretty, vertical tail for the same reason as fish:  sharks swim side- to side too!

That put me in the Mammal Zone.  Sea mammals like dolphins have skeletons made out of bones.  A dolphin skeleton looks like this:

But wait!  No tail! And no dorsal fin!

That’s right:  dolphin skeletons have one long spine, a skull, rib cage and flippers, but no tails or dorsal fins!  Dolphin tails, called “flukes”, are made up of “dense, fibrous connective tissue” and contain no bones, muscle or cartilage.  Wow!

Dolphins have a bone skeleton, similar dimensions to humans, and eyes on the front of their heads.  They have no bones in their tails at all.

So I decided to model my mermaid tail after a dolphin fluke: skin instead of scales, and tissue instead of bones. To find out how I made it, stay tuned for Part 2!