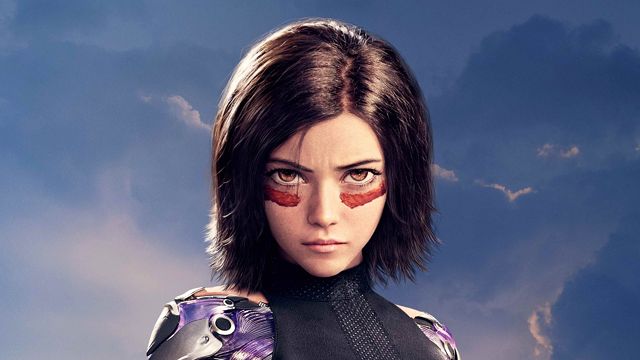 Alita: Battle Angel is exactly what you would expect from a James Cameron/ Robert Rodriguez collab.  Based on the manga created by Yukito Kishiro, Alita follows a badass lady cyborg as she fights injustice in a post- apocalyptic junkyard called Zalem.

1. Alita.  She’s computer- animated and has giant saucer eyes, but her movements are elegant and lifelike, and her personality carries the movie.   Actress Rosa Salazar does an amazing job with her voice and movements.  If you thought the Na’avi from Avatar were cool, you’ll flip for Alita.

3. The action scenes are thrilling and spectacular.  Would you expect anything less from Mr. Cameron?  Because most of the characters are cyborgs, limbs fly everywhere.  There’s also plenty of creative weaponry and armor design. 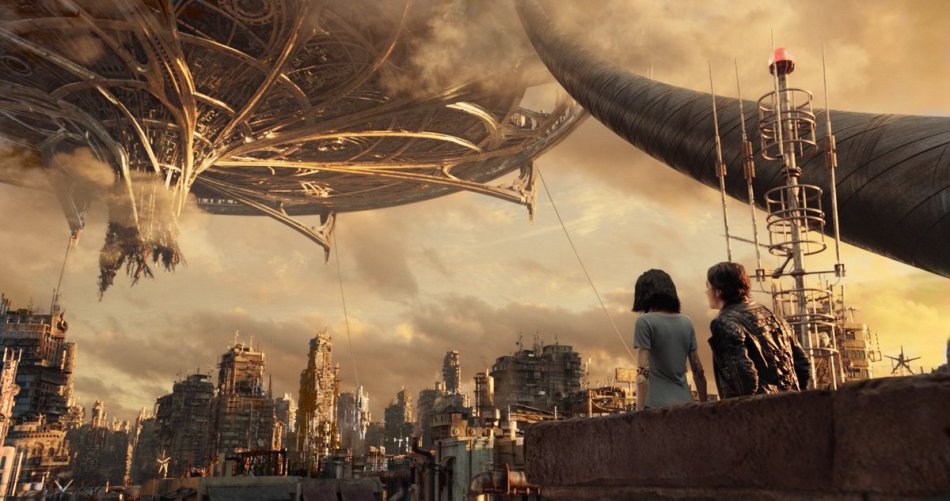 1. There’s a story in here somewhere, but conflicting narratives and unclear motives murk the movie’s plot.  Derpy dialogue does not help- but would you expect any more from Mr. Cameron?.  For most of the movie, the bad guys want to kill Alita so they can use her nuclear- reactor like heart to power Zalem.  The movie’s ending would be totally unsatisfying and lame, but they smooth it over with a rad Dua Lipa song.  I wish action movies would stop trying to shove sequels down our throats…. but I’d be down for an Alita sequel.

2. The first half plays basically like a Disney Channel Original Movie.  I thought it was a kid’s movie, but one character drops the F word.

3. Alita’s boyfriend is kind of a doofus.

Alita doesn’t have the greatest plot, but the visuals are amazing.  Alita‘s heart can power at least one high- octane science fiction movie.