This article is adapted from The Killers Fan’s Guide to Fabulous Las Vegas, by Danil O.

“SO. GOOD.! According to LV’s own, the Killers’ singer Brandon Flowers, this is “the best frozen custard in Vegas.”

These are his exact words when interviewed by Spin magazine:

“[BF:] Dude, we should get custard!” “Custard,” [drummer] Vannucii seconds. “Do you like Custard?” Flowers asks me. “I’ve never had it.” “Oh, man. He’s never had custard, for hell’s sake! We gotta go to Luv Its. It’s the best frozen custard in Vegas.” Our driver navigates down East Oakley Boulevard toward a wood-paneled shack almost hidden from the main drag. “I’m so happy! I can’t believe we’re here,” Flowers says, smiling. So we eat custard, eggy and rich.”

If a world-famous rock star born in Vegas loves it, you know you will too.”

“Mark Stoermer, The Killers’ bassist, said in an interview that this was one of his favorite Mexican restaurants in Las Vegas. He said, “It’s so authentic, it’s completely run by Spanish-speaking Mexicans. It reminds me of the taquerias in San Francisco and Los Angeles.” If you need a cheap and delicious meal with a TK stamp of approval, go here!”

“The Peppermill is highly recommended- even The Killers’ singer Brandon Flowers and guitarist Dave Keuning, who both live in Las Vegas, like this place because it’s more local, and a break from all the tourists. But I’ll stop and let this interview excerpt do the talking:

“Flowers and Keuning head for lunch at the Peppermill, an all night restaurant on the strip. It opened in the seventies, and it’s just the kind of place the Killers dig- a bit weird, and seemingly immune from vacationing Midwesterners. “We hate big crowds,” Keuning says.”You can always just pop in and get a bite here. It’s a cool place.” Eating their salads and runny egg specials, Keuning and Flowers stick out among the Peppermill patrons, most of whom are dressed in tees and tank tops. Flowers wears a cream colored, fake alligator skin jacket he got in London: Keuning is in a shiny gray vest and Dior aviators. But no one bothers them or even seems to recognize them, and you sense that’s one reason they like places like the Peppermill. Especially Flowers.”

So go on, maybe you’ll even spot Vegas’ most famous rock band…”

“One of the Killers’, and especially singer Brandon Flowers’, favorite restaurant in Las Vegas. If you want to spot celebrities anywhere, this is the place. Oh right, and the sushi is insanely good too…

From LV’s Daily Fiasco blog: “Even family man Brandon Flowers has to eat. Thus we have him being spotted enjoying lunch at Sushi Roku inside the Forum Shops at Caesars today with family in tow. Reportedly, the singer is a frequent visitor of the acclaimed restaurant.” 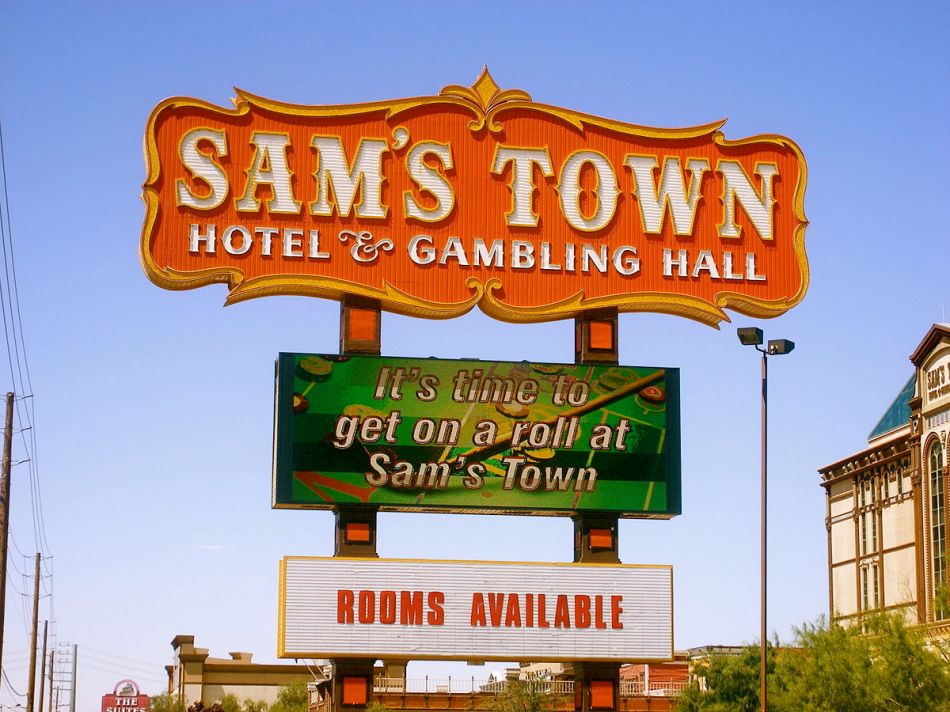 “The Killers have made Sam’s Town legendary by naming their second album after it. If you want to be a part of rock music lore, stay here. Or at the very least take a picture with the huge ‘old west’-style sign outside if you’re a true Killers fan and want to prove it! Also don’t miss the colorful laser-fied water show.”

“This is one of the oldest casinos in Las Vegas. The Killers’ drummer Ronnie Vannucci invited a Rolling Stone journalist here to grab lunch at the Snack Bar in the casino. Ronnie said, “I like this place because it’s real old school. My parents have been coming here forever. I just had a grilled cheese and corn bread for $3.75. That’s a reasonable price, man.” He also led the writer through a hidden staircase and random doors that led to a very secret poker room, where he said, “For true poker players, this is still the place.” Think you can find it?” 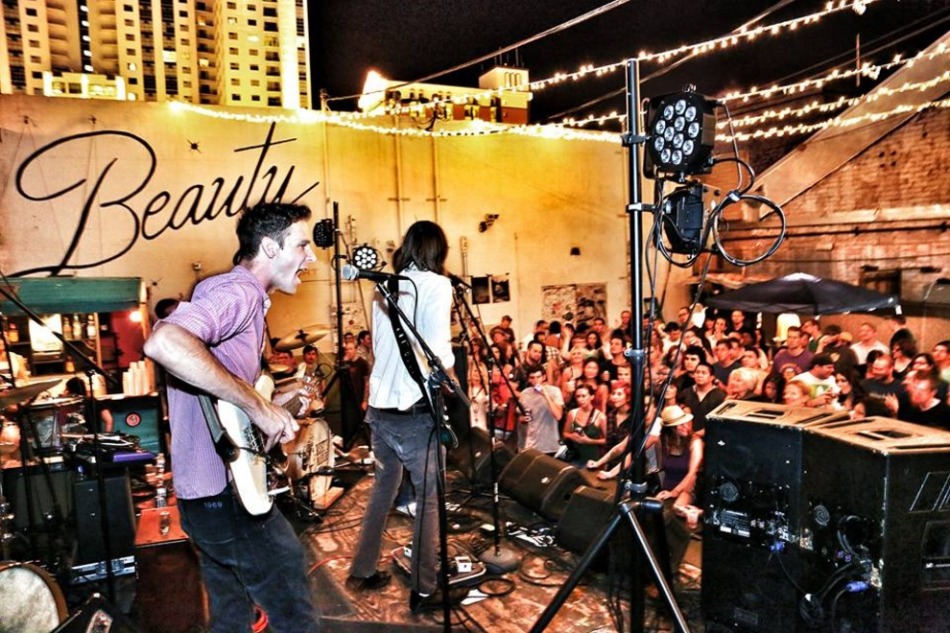 “The Killers have hung out here a lot over the years. Their good friend / past tour manager Ryan, known fondly as “The Captain” for fan club members in ’06-’07, used to work here. If you want to spot a TK band member schmoozing late at night, or at least someone who knows them, this place might just be a good bet. Bassist Mark Stoermer said about this place in ’05: “It’s giving us a little hope, now that there’s a local club to go to that doesn’t only play techno club music.”

As a true fan of The Killers, you might want to view a show by their most famous fan, Elton John! He has influenced them immensely, but he himself has said many-a-time to anyone who would listen that he is a huge fan of theirs (and their style). Also, the Killers go to his shows once in a while, and get dinner with him afterwards. Brandon Flowers said about Elton in an interview: “He gets bored because he’s cooped up in a hotel and he wants to go do something. So we’ll go off to his show – we’ve done it a few times – and we’ll eat dinner with him afterwards.” Pretty cool.

“If you’re a super fan of the Killers and want to marry in LV, you should probably choose the Little Chapel of the Flowers. TK Drummer Ronnie Vannucci was working as a wedding photographer here when he joined the band and recorded Hot Fuss. According to Ron, he and owner Dave Foote were “locked in a power struggle of cool” over their hair.” 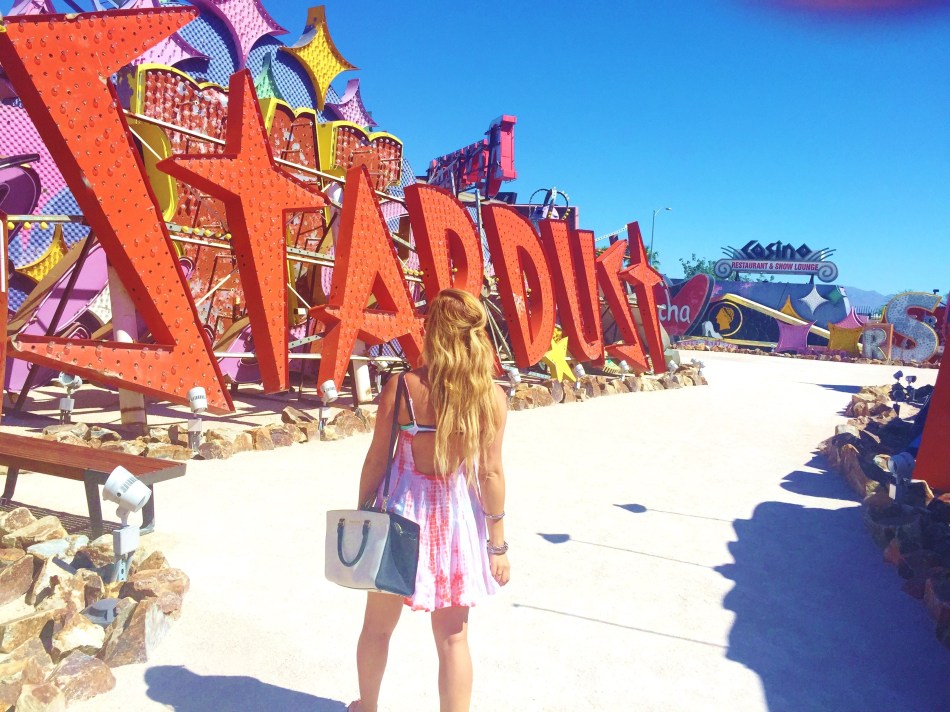 “The Neon Museum and the Neon Boneyard in particular is a really amazing place! It has lots of connections with Vegas’ own The Killers- they shot part of their video All These Things That I’ve Done here and they have had many of their photo shoots here.”

“Any fans of The Killers and especially Sam’s Town album enthusiasts might want to visit the Palms casino and scope out the exclusive recording studio inside (well… you can at least TRY). This is where the Killers recorded all of Sam’s Town in 2006. They were the first band to record in this studio, and since then hundreds of other legends have.” 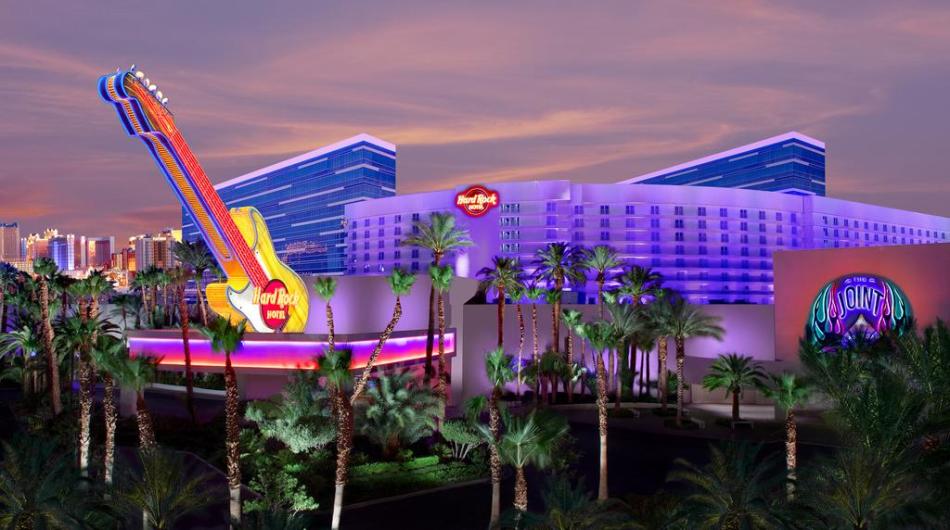 “All Killers fans have to come here to view the “Bones” display with skeletons wearing the band’s outfits from their Tim Burton-directed video- it should be located in the casino entrance, but it has moved a few times. Also, in the entrance to the Hard Rock Café, there is the Sam’s Town tour sign that was displayed on stage in every single Killers concert all over the world for almost two years. Finally, the Hard Rock Arena is where Brandon Flowers famously saw Oasis perform and was inspired to start a guitar band.”

I have been to this place.  It’s on your way out of town and it is a riot.

0 comments on “The Killers’ Guide To Las Vegas”