Will Smith and Margot Robbie star in this dumb but fun con artist romp.

Will Smith used to be the highest- grossing movie star. People like Will. He’s funny, good- looking, smart- mouthed, heroic, and relatable.  And he continues to be all of those things in Focus. 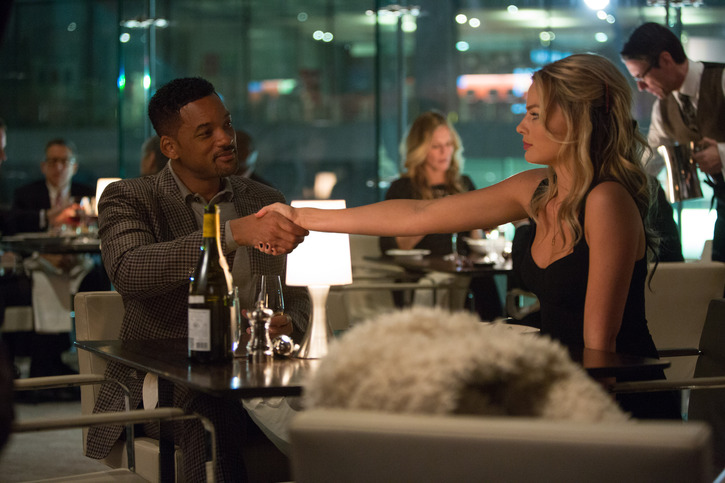 Will plays Nicky, the next in a legendary line of New York con men.  He has a gambling problem. Margot plays Jess, the sexy ingénue who wants to know Nicki’s game. The two meet in a fancy hotel (the first of many) and partner up to pickpocket New Orleans during the Super Bowl. Nicky dumps Jess after the job, and the two go their separate ways, to meet (and con) again at a racecar race in Buenos Aires, Argentina.

Focus lets the audience into a world so ridiculous it might actually be made up. The film tries to set the tone of who’s-playing-who as Nicky and Jess con each other and the wealthy team owner Garriga (Rodrigo Santoro). Focus plays more like The Tourist (starring Angelina Jolie and Johnny Depp) than Ocean’s Eleven. The whole thing should feel stylish and slick, but the momentum gets muddy when Nicky and Jess become emotionally involved. At times the movie plays like a cheesy romance: words of commitment, fabulous hair and makeup, exotic locales, deep eye gazing. Not even a good con can pull it out. Ultimately, Focus has a rom com ending, not of a con com ending.

As a consolation prize, we get splashy cinematography, a groovy soundtrack, and fabulous costumes by Dayna Pink. We also get a couple of fun stereotypes like the sexually obscene and physically obese funny best friend and the foul- mouthed old man disgruntled by younger generations. The film pulls off some genuine suspense.  The mid- act SuperBowl climax will have you peering through your hands, although the grand reveal feels more like the punch line to a bad joke than a mind- blowing moment. Admittedly, Focus walked into a whole bunch of puns about its unfocused script. It’s not focused. But it’s short, entertaining, and pretty. We love Will Smith and we love to watch Margot Robbie, and that’s good enough for me. 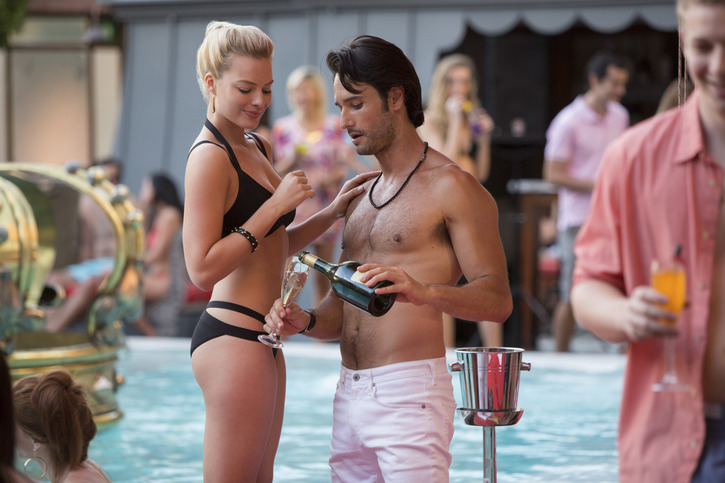